See below for a list of speakers at this years summer school along with the topics on which they will be speaking.

I'll review the theory and experimental study of quantum spin liquids. What is interesting about them, what are their essential properties and how can they be modeled and measured? What is the current status and what are the open issues?

Recent developments in neutron scattering have allowed very comprehensive data sets to be acquired for new materials. I'll describe what has driven these developments and give a couple of examples of how these can be exploited for quantum and frustrated magnets, as well as for novel superconductors. Fundamental experimental research in strongly correlated electronic and magnetic systems typically requires making measurements at low temperatures. I will review the techniques needed to achieve low temperatures and the thermometry required to measure them. I will also discuss details of various experimental methods for measuring thermodynamic and transport properties.

How do we use NMR as a local probe of condensed matter?

NMR is a versatile low energy probe to investigate structural, electronic, magnetic, and superconducting properties of solids. I will explain some of the standard NMR techniques. The de Haas-van Alphen effect and related quantum oscillation measurements are powerful tools for studying the behaviour of electron quasiparticles in conducting strongly correlated electron systems. Using them, one can: measure the size and shape of Fermi surfaces; determine quasiparticle effective masses on a Fermi-surface-specific basis; determine mean-free paths on a Fermi-surface-specific basis; and obtain information about quasiparticle g-factors. I will present an outline of the theory of quantum oscillations, and then briefly review experimental methods, focusing on aspects that are of particular relevance to strongly correlated electron systems. I will finish with a few examples of their use in strongly correlated systems.

Numerous efforts have been devoted to revealing exotic semimetallic phases with topologically non-trivial bulk and/or surface states in materials with strong spin-orbit coupling. I will discuss a particular class of topological semimetals named topological crystalline semimetals and its experimental implications in relation to Iridium oxides.

After the conventional Wilsonian renormalization group (RG) is reviewed, we will introduce quantum RG which can be useful in solving certain strongly coupled many-body systems in large N limit. We will briefly explain the connection between quantum RG and holography.

Cooking with metals and more - design and growth of novel materials

I will cover basics of the physics of orbitals and spin-orbit coupling in the context of recent research on 5d oxides including iridates. I will also discuss Dzyaloshinskii-Moriya interactions induced by spin-orbit coupling, and orbital analogues of Rashba and Dzyaloshinskii-Moriya interactions in the context of surface and interface electron gases.

Introduction to superconductivity and pseudogap in the cuprates, with a few words on the pnictides

In this lecture, I will describe what is called the pseudogap in the cuprates and summarize the main classes of theories for this phenomenon. I will also point out why this is important for superconductivity. I will try to focus on the topics that will be discussed by the speakers at the meeting and mention a few words about the work of my group on these subjects. I will also say a few words about the pnictides. 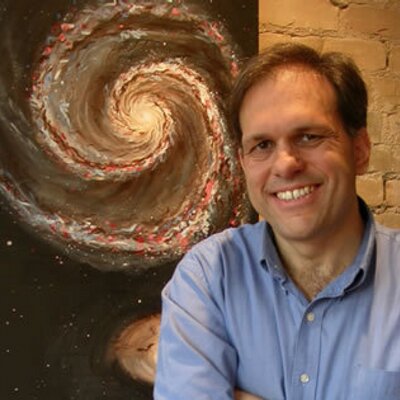